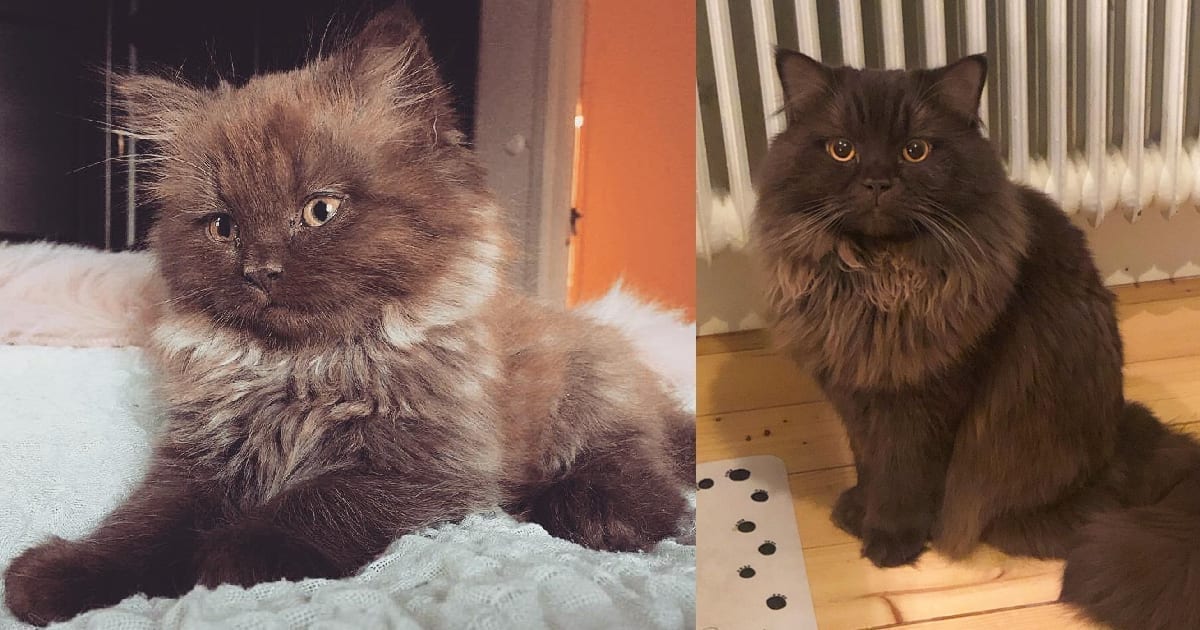 Is Molle a chocolate kitty or a teddy bear?

Let’s see…he’s fluffy and has the cutest little whiskers ever, so Molle is definitely a cat. But he’s so soft and snuggly, he must be a teddy bear too!

Kitty cat or teddy bear, Molle is so cute we just want to cuddle him. According to his parents, this adorable chocolate cat will cuddle you right back! And his favorite snuggle bud is his big brother cat, Ralf. 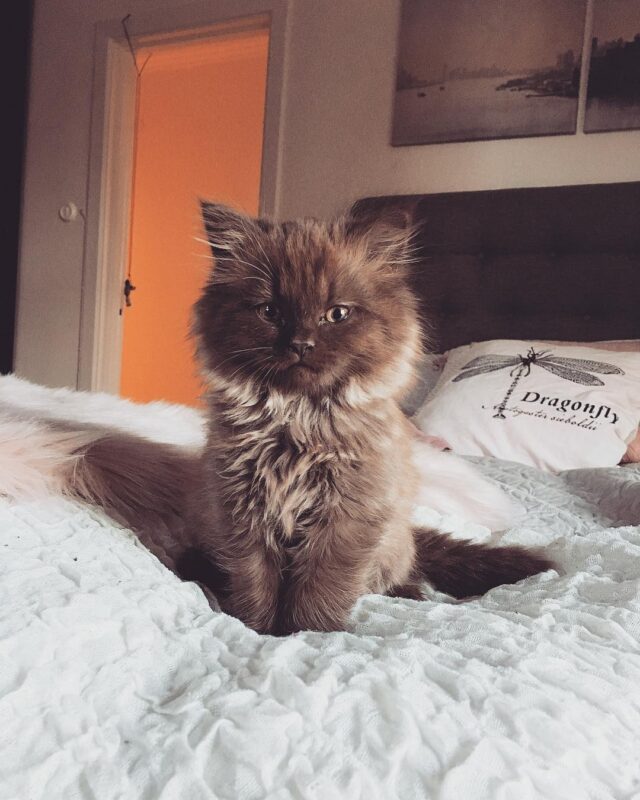 When Molle first met his new parents, he was a shy kitten who’d just come from a bad situation. As he was loaded into the car for his ride home, the scared baby cried and cried. But once the carrier door was opened, Molle’s dad, Jakob, told Love Meow, “He went straight to mom’s shoulder and slept through the entire way. He finally felt so calm and safe.”

All through Molle’s first night at home, his parents stayed with the curious boy as he explored his new surroundings. Anytime they tried to give him some alone time, he would meow until they came back! 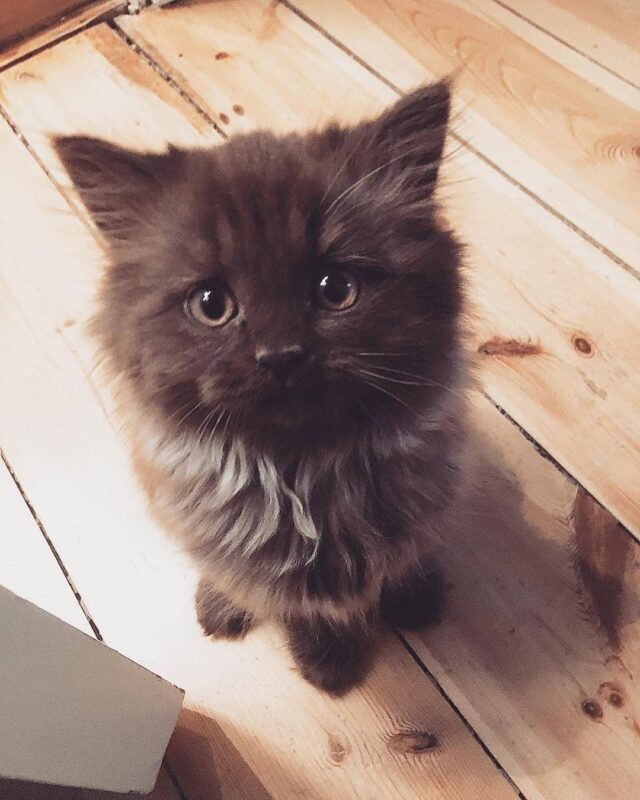 And when Molle met his new big brother for the first time, he knew he found his forever snuggle buddy, whether Ralf the cat knew it or not.

“It was love at first sight, at least for Molle,” shared Jakob. “He never really seemed scared of Ralf’s hissing or growling. He even climbed over things just to meet him.”

In his big brother’s stripey arms, Molle purred himself into the comfiest moment he’d ever known! 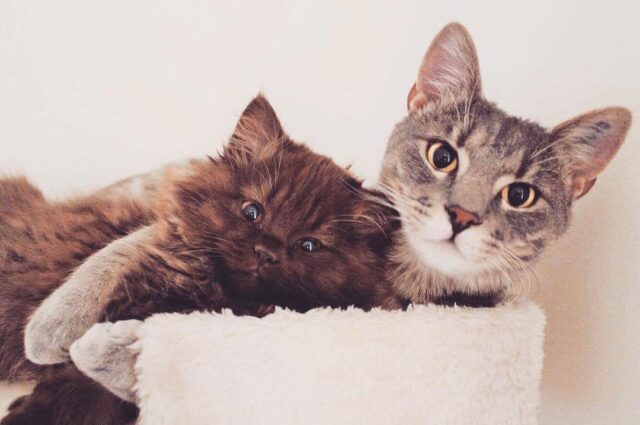 From then on, Ralf taught Molle how to cat. Their dad reported, “He loves to follow Ralf, copy what he does and cuddle with him.”

The clingy kitty was something to get used to though, but Ralf was the most tolerant sibling a kitten could ask for. “Ralf likes to be alone and not to get disturbed, but they play together, on Ralf’s terms.” 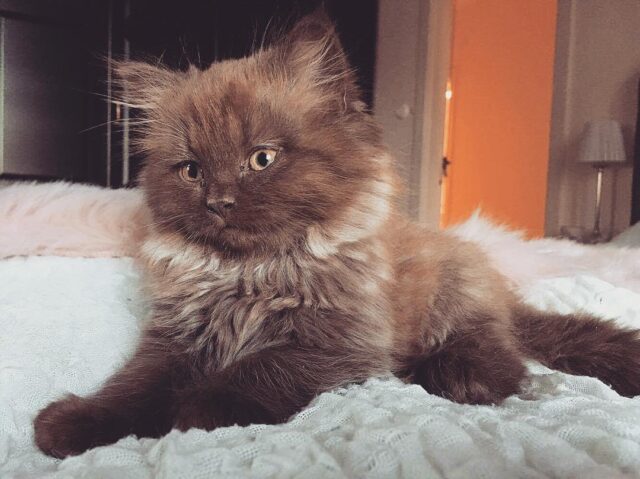 Ralf isn’t the only one in the family who’s used to having Molle constantly nearby. “He loves to lay on our feet when we sit down or lay in bed, and he likes to stand in the middle of the doorway, always in the way.”

But when a kitty is this cuddly cute, it’s pretty great to have him underfoot. 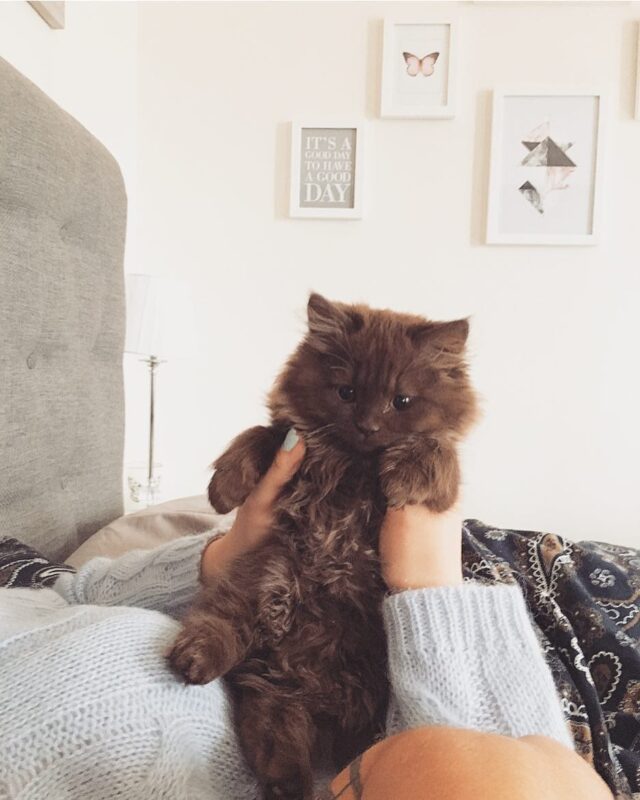 “He loves that we pay attention to him, and he likes to be combed. When he gets his manicure/pedicure, he purrs and sleeps like a little baby.”

From Baby Bear to Big Fluff

And though the “little bear” has grown into an adult cat, he’s still a chocolate floof who loves to snuggle! 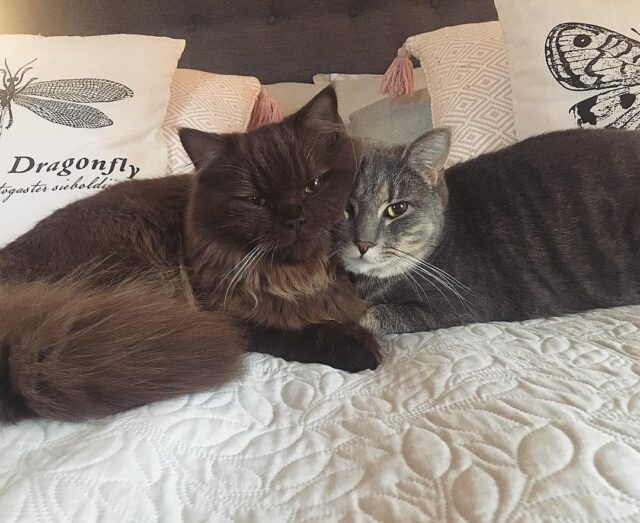 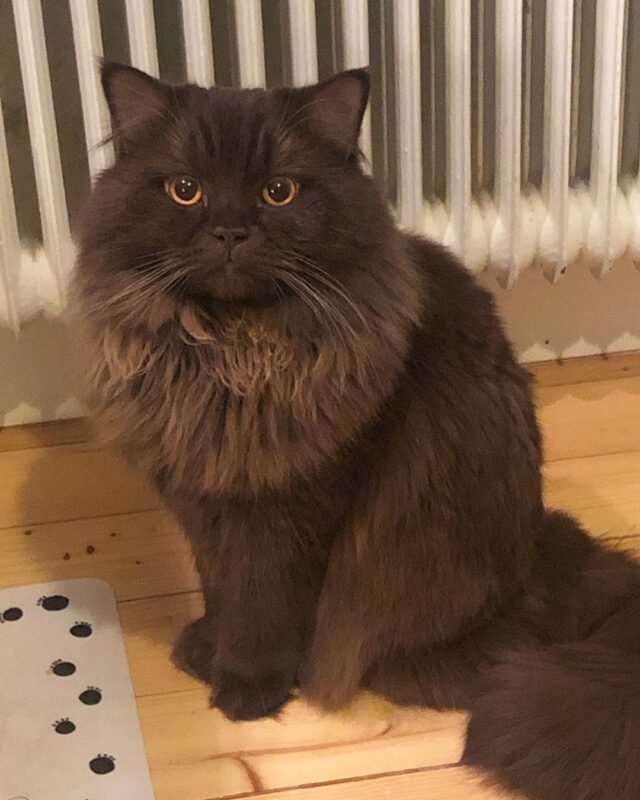