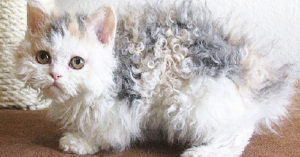 The term ‘poodle cat’ can sound like an oxymoron on first hearing it. After all, a poodle is a dog not a cat, right?

Surprise! Within the cat realm, there exists a cat with the curly coat seen on poodle dogs. And of course, the curly kitty cats are fantastically adorable.

While called ‘poodle cats’, the actual breed name is the Selkirk Rex.

If you’ve never seen one, you’re not alone. They’re a relatively new breed in the cat world, but one folks go crazy over. From their unique cat curls to their loving personalities, the Selkirk Rex is a great family cat that will spark curiosity in everyone who meets them. 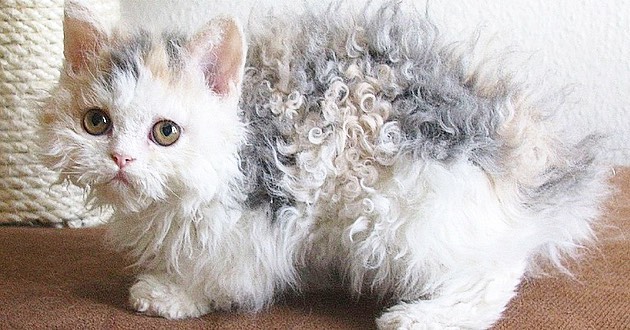 A Spontaneous Quirk of Genetics

The first poodle cat was born in 1987 at a Montana animal shelter near the Selkirk Mountains of Wyoming. At the time, the show Moonlighting was a hit across the nation and the kitten’s curling fur resembled receptionist Agnes DiPesto’s hair on the show. Miss DiPesto the kitty cat garnered loads of attention as well as the curiosity of cat breeders. 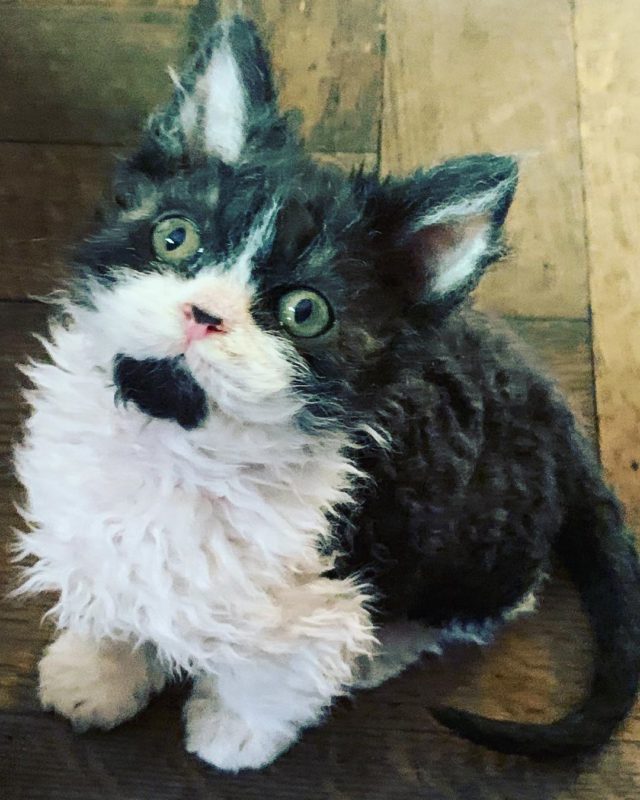 Persian cat breeder, Jeri Newman, adopted and bred Miss DiPesto with her black Persian tom. Most of the kittens from their litter sported the kinky fur, making it easy to assume the gene responsible for the unusual curls was indeed a dominate trait. 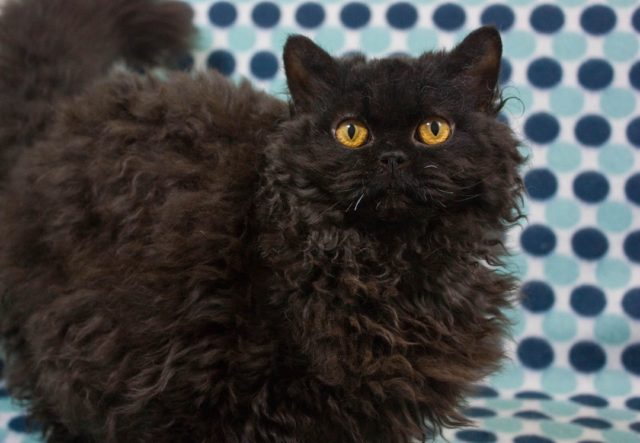 As no other of these poodle cats existed before, Miss DiPesto’s curly fur came from a mutation considered spontaneous. But from this first Selkirk Rex came generations of curly-coated cuties. Currently, the line is nine or ten generations deep. 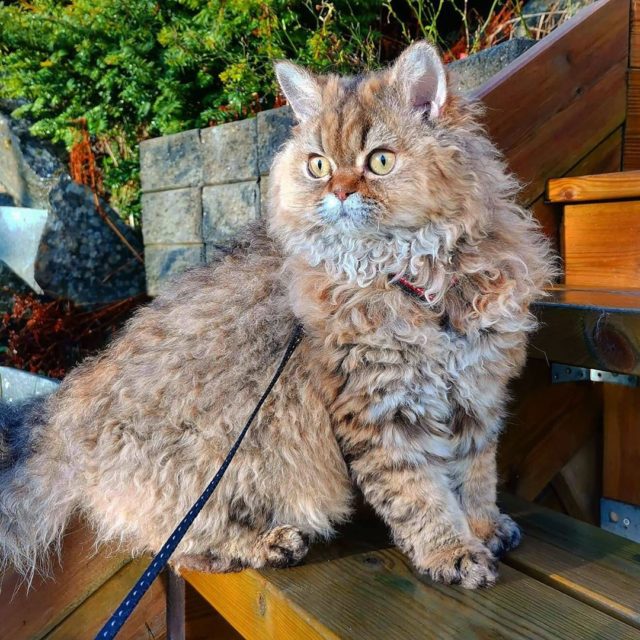 When the breed was declared by the University of Veterinary Medicine Vienna in 2012, the curly cat was dubbed the Selkirk Rex in honor of the region of Miss DiPesto’s birth. The Selkirk Rex joined the already established Cornish Rex and Devon Rex within the Rex breed. One of the defining factors of Rex cats is their curled or wavy fur. The genetic quirk also gives Rex cats the potential to have wild curly whiskers too. 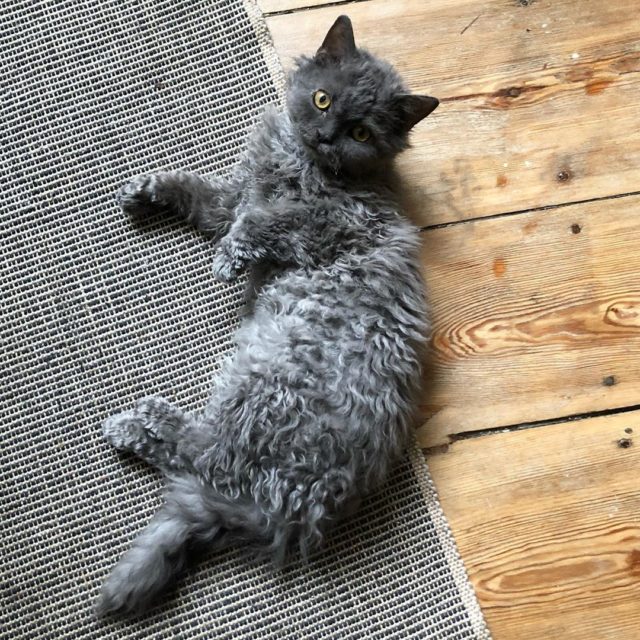 The genetic twist in the Selkirk Rex applies to fur texture and not coloring or patterning. Meaning curly hair cuties can be any color of the cat rainbow.

The International Cat Association likens the Selkirk Rex to a teddy bear, one “you just want to pick up and hug.” Also known as “a cat in sheep’s clothing”, poodle cats are as lovey as they are cute. TICA profiles the breed as:

While sporting a low-maintenance personality, their fur is anything but. The “tousled” look of a poodle cat comes from its thick, textured fur, which means grooming is a must. Poodle cats are good for families with who will commit to keeping their kitty brushed and mat-free. 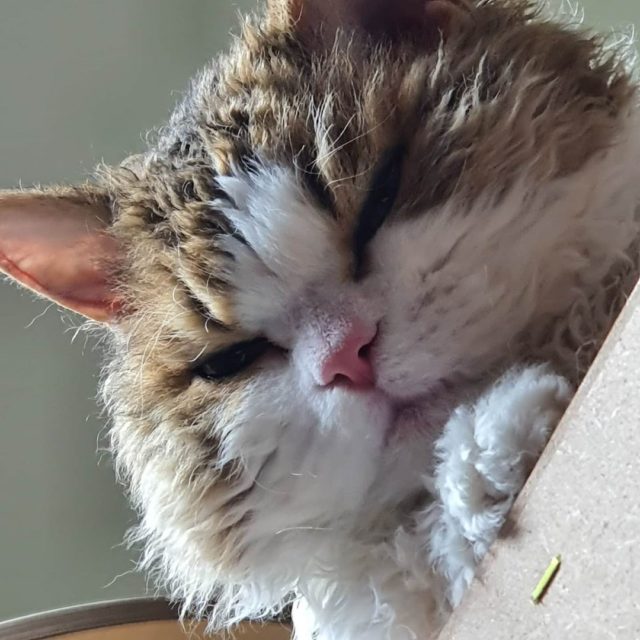 Sadly, Selkirk Rex cats aren’t recommended for those with cat allergies or even slight sensitivities. All that luscious fur can wreak havoc on the nose.

But, even if cats make you sneeze, you can still enjoy pictures of poodle cats thanks to the internet populous’ obsession with the curly-furred cutie cats.