Adding a second cat to the family is an exciting event, but perhaps a little nerve-wracking too. One is never quite sure how two cats will mix, and in the case of Mopps and Brooms, cat mom Yanise Cabrera was a little worried at first.

She highlighted the experience in a video for The Dodo and in “The Stages of Getting a Second Cat”, viewers watch as young Brooms is first introduced as a calm kitty, but his kitten ways soon get the better of him…and his older brother, Mopps.

From Sweet to Spicy

Cat mom and older cat Mopps agreed to foster the little white kitten after he was found on the street by a family with cat allergies. But the heterochromia cutie stole her heart from the beginning. In the video, she shared, “I was fostering him but it literally only took a day until I realized I really want to keep him.” 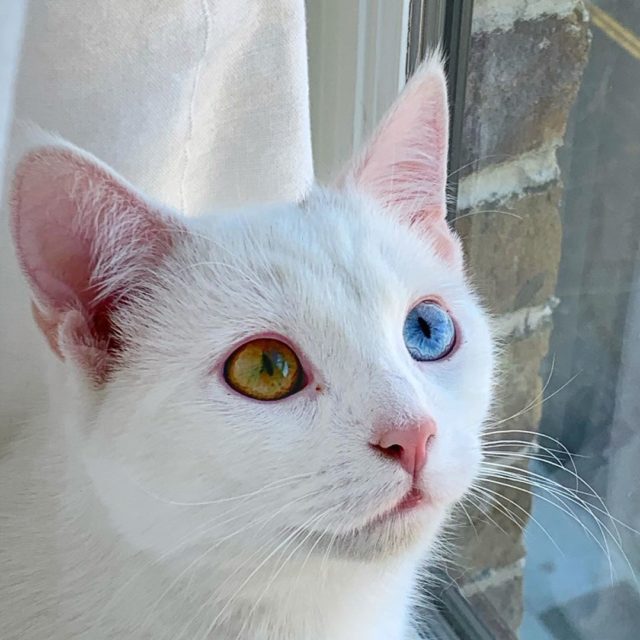 So, the “foster fail” became part of the family and that first night, Yani reports Brooms was a “sweet and timid” kitten. But this was not the kitten’s default nature. Oh no, very quickly Yani and Mopps learned they had a wild kitty on their paws.

“He gets zoomies like crazy. And has such intense kitten energy.” 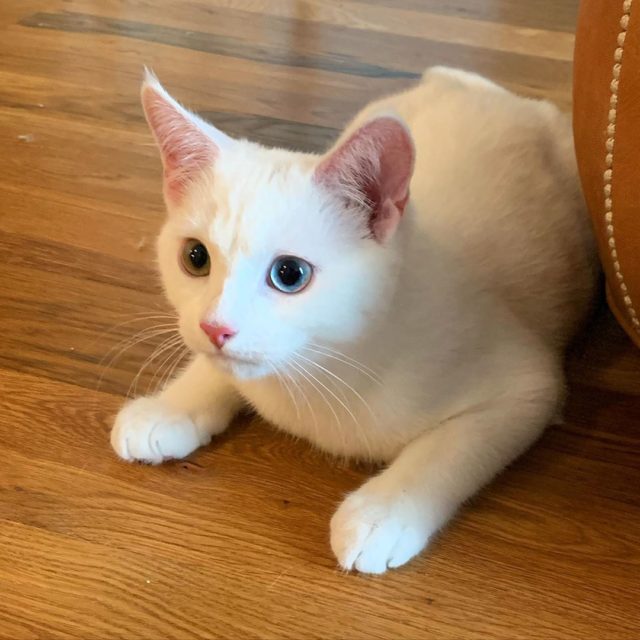 Will all his energy, Brooms was a bit of a shock to older Mopps and he often found himself pounced by the kitten.

“I find him sometimes tackling Mopps to the ground.” Poor Mopps! 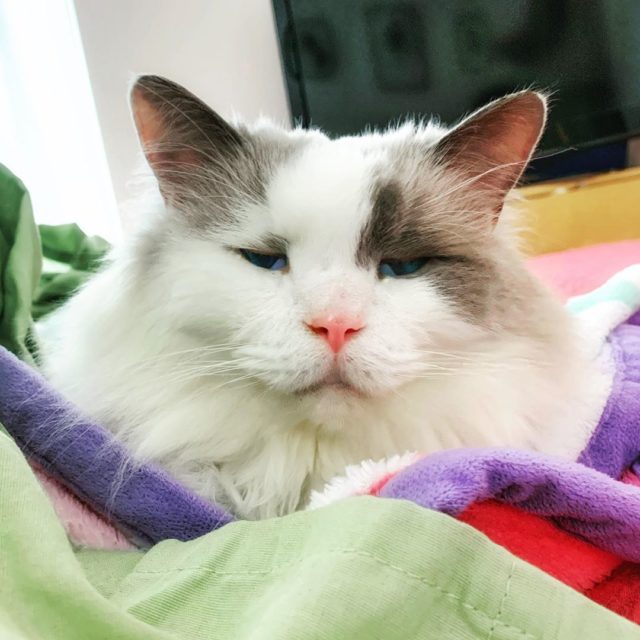 Yani worried over them getting along because of Brooms’ feisty ways, relating his antics to “kind of a really funny little brother situation”.

But one day, she came home to a breakthrough…

From then on, the kitty pair were family. 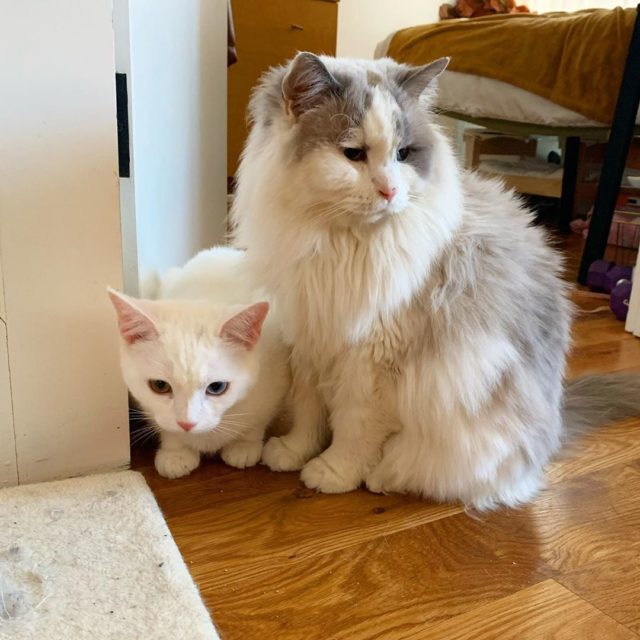 Mopps and Brooms, a Tale of Brotherly Love

On their Instagram, Mopps and Brooms can be viewed in all their cat majesty, but if you can’t get enough of the kitty brothers, check out Yani’s Webtoons series, Mopps and Brooms. There, fans can catch the boys’ adventures in animated adorability as well as learn more about them! 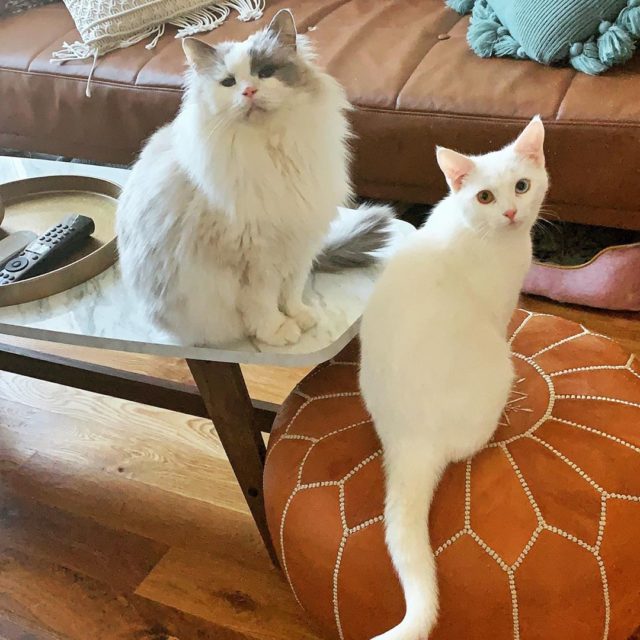 8-year-old Mopps has been with Yani for three years and in his Webtoon intro, we learn Yani named the handsome Ragdoll Mopps because he has “very moppy fur”. Plus, Mopps resembles his namesake when viewed from behind!

“He takes a very careful approach to everything in his life,” writes Yani. 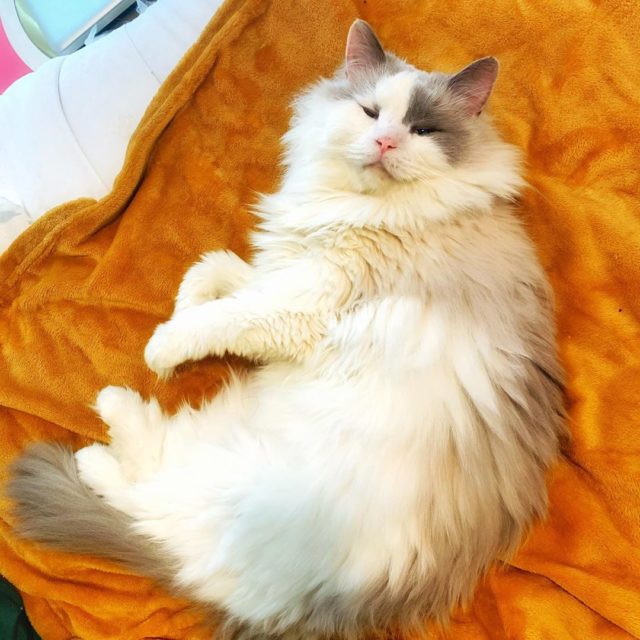 This blue-and-yellow-eyed cat is still just a baby at only 7 months old and he’s full of the energy that finds cat parents running around trying to keep up!

Yani said her little boy “is ready to jump into action at any moment.”

Brooms’ introduction reveals the source of the cute kitten’s name is his “very bristle-y fur”. 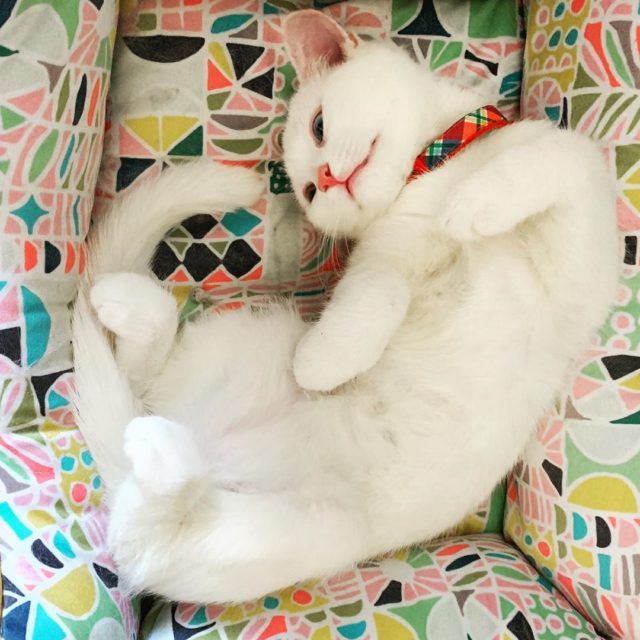 Yani also considered the fact that “the best cleaning combo are a mop and broom”. Indeed, they are and when it comes to a great combination of cats, she’s found that with her Mopps and Brooms. 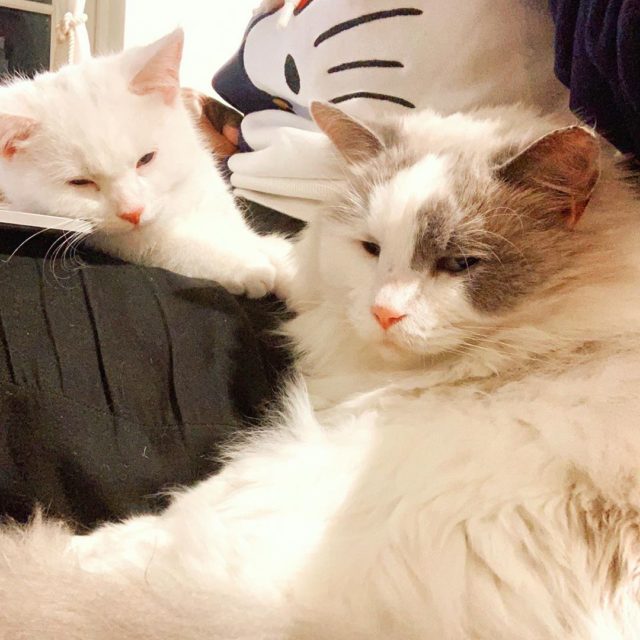 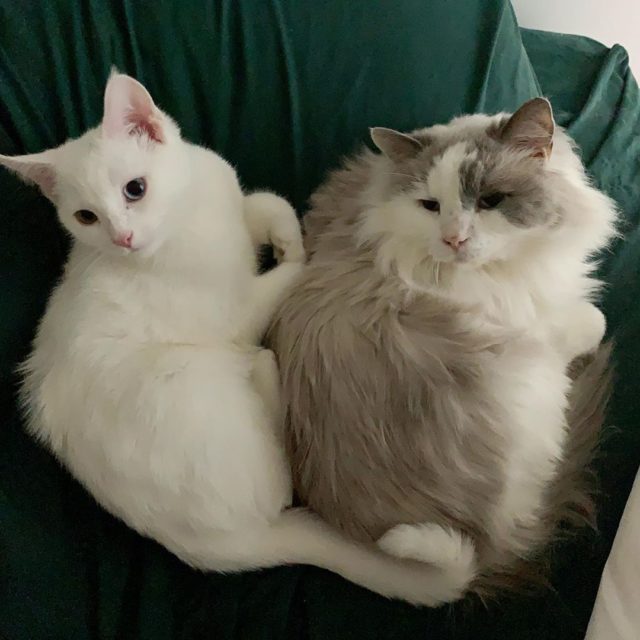 Turns out adding a second cat to the family creates a purrfect forever home!