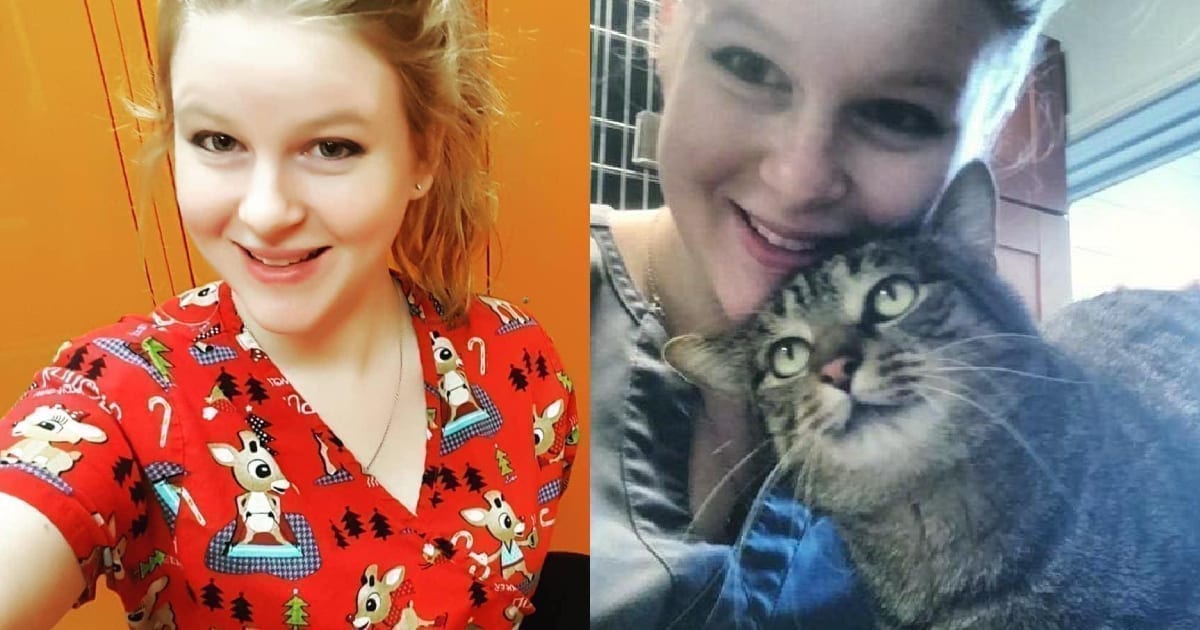 One of humanity’s angels has been called home too soon after a tragic accident claimed her life while rescuing an injured cat.

Kaitlyn O’Hara, 27, of Medford, NJ, was working to rescue an injured cat on a snowy roadway when she was struck by a car. According to Randall’s Rescue, Kaitlyn went out after a snowstorm to help a cat thought to be bleeding, and it was “while trying to save another lost soul” that the accident occurred.

“Kaitlyn was one of the most kind, compassionate, quirky, fun loving, humorously neurotic, sweetest girls I’ve ever met.”

And Kaitlyn had love for all the cats, even the ones most would never give a second look.

A Friend to “the Shy, Timid and Feral”

Kaitlyn had been fostering cats and kittens for years and had a deep love for bottle babies, grumpy cats, and “the defeated and sickly – but her favorite and possibly best work was with the shy, timid and feral.”

As a kind and gentle soul, Kaitlyn had a way about her which calmed the most nervous of kitties and from her magical touch, she earned her reputation as a “kitty whisperer.”

“She had the patience of a saint for those kittens and loved her ‘mittens’, ‘peanut butter cups’ and ‘little men’ (as she called them) so much.”

Employed at the University of Pennsylvania’s Ryan Veterinary Hospital as a veterinary nurse in the anesthesia department, Kaitlyn healed animal lives both on a professional and personal basis. She leaves behind a fiancé, family, and friends who loved her sunshine soul and compassionate heart.

Heartbroken at Kaitlyn’s loss, the shelter staff felt, “Her life mattered to so many, and she changed so many lives forever. That doesn’t need to stop … we can continue doing good in her name…”

To honor Kaitlyn’s memory and her work with cats, Randall’s Rescue has set up the Kaitlyn O’Hara Fund to aid in the care of sick and feral cats.

“Please donate what you can for a fellow animal lover, who risked her life to help an animal in need. Who always loved the ones no one else wanted.”

Those feline souls Kaitlyn once helped pass in peace were certainly waiting for her and are now loving her again as we mourn her loss. Kaitlyn O’Hara, the “kitty whisperer,” will forever be remembered for her kind heart and compassion for animals.