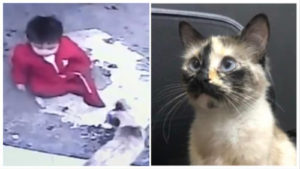 Cat lovers know how protective cats can be when it comes to their families. A video recently posted by a thankful mother has shown the world those powerful instincts in action. For those that ever doubted how attached cats can be, get ready to have your mind forever changed.

A normal morning in Bogota, Columbia, nearly turned into disaster for one family, but a cat’s quick actions saved the day. One-year-old Samuel Leon managed to escape his playpen, a new feat his parents were unaware he could perform. But, the baby wasn’t alone.

Perched on the sofa, Gatubela, the family cat watched over Samuel. She appeared concerned for the boy after he tumbled from his playpen. 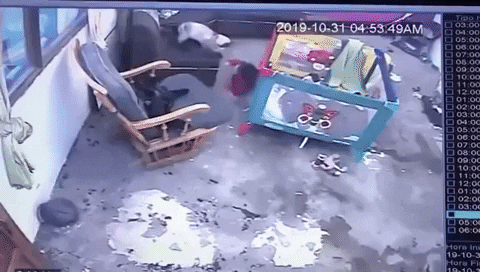 No matter what his kitty guardian had to say, Samuel didn’t want to sit still in his new found freedom. Instead, he practiced his crawling skills and zoomed across the room. His path took him right to a flight of stairs just beyond the camera’s lens. Falling down such a steep flight would bring serious injury, but Samuel had feline eyes upon him, taking in the scene and assessing the danger. 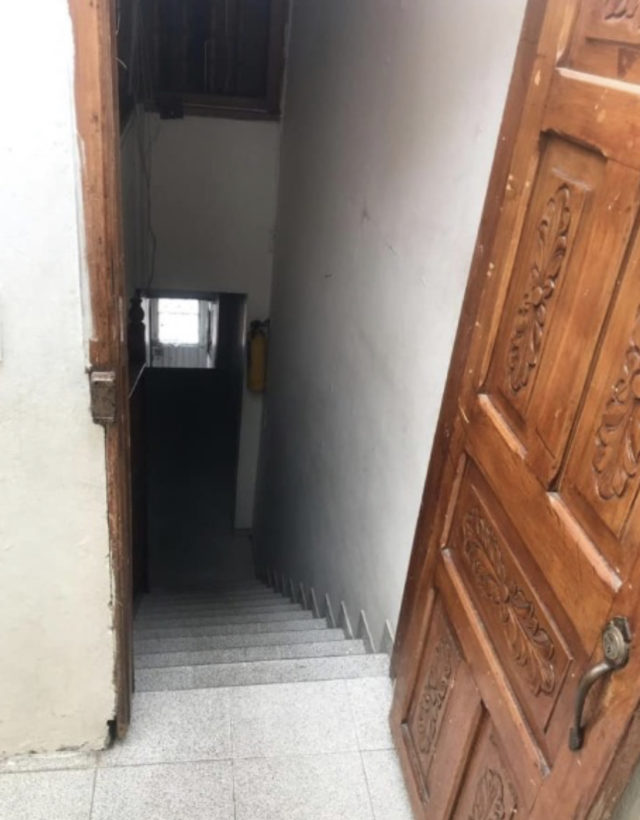 Alarmed, Gatubela darted from the couch and hopped on Samuel’s back, stopping the baby in his tracks. But Samuel kept on squirming, curious about what lay beyond the stairs. The hero cat wasn’t about to give up though, not with Samuel still so near to peril. Her tail swishing fiercely, the guardian angel cat threw up her paws, commanding the boy to “Stop!” 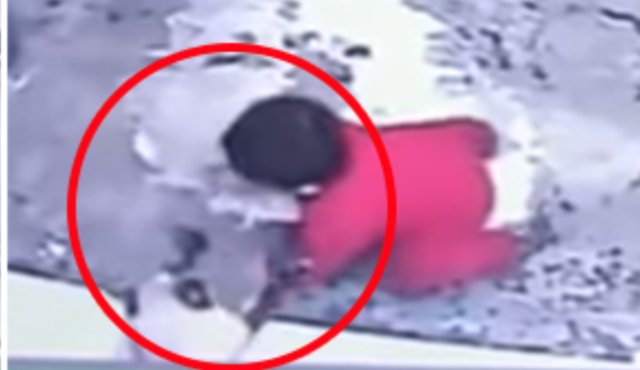 Even after the initial save, Gatubela stalked around Samuel, herding the little boy back to safety. The final part of the video shows the feisty Siamese pouncing the child again, her way of telling Samuel what a naughty boy he was. 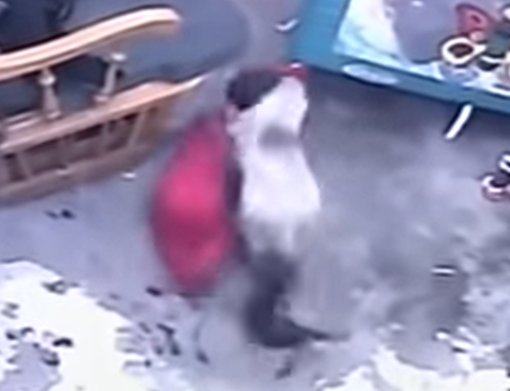 Samuel’s mother, Diana, was confused to find Samuel out of his playpen and turned to security cameras to learn how he’d gotten free of his playpen. She had no idea what had transpired between Samuel and Gatubela. Imagine her surprise and relief to find Gatubela had saved Samuel from falling down the stairs! 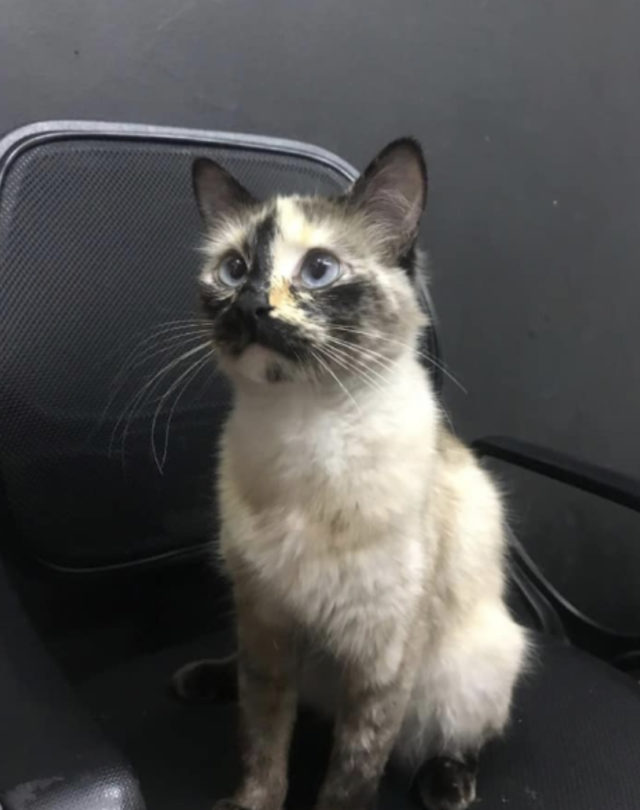 Diana told Metro UK, “If it had not been for the cat my son would have rolled down the stairs. Watching the footage, I felt really surprised and lucky.”

Diana and Samuel are both fortunate to have the most adorable of guardian angels on their side.