Floating Cat Sanctuary Will Sail Away With Your Heart

Discover more about Floating Cat Sanctuary Will Sail Away With Your Heart. 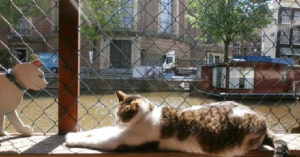 Cats and water don’t generally mix, but when coupling kitties in need and the grand views of Amsterdam’s Singel Canal, a purr-fect combo emerges.

De Poezenboot, or The Catboat for American tongues, has been cruising Dutch canals since 1968. 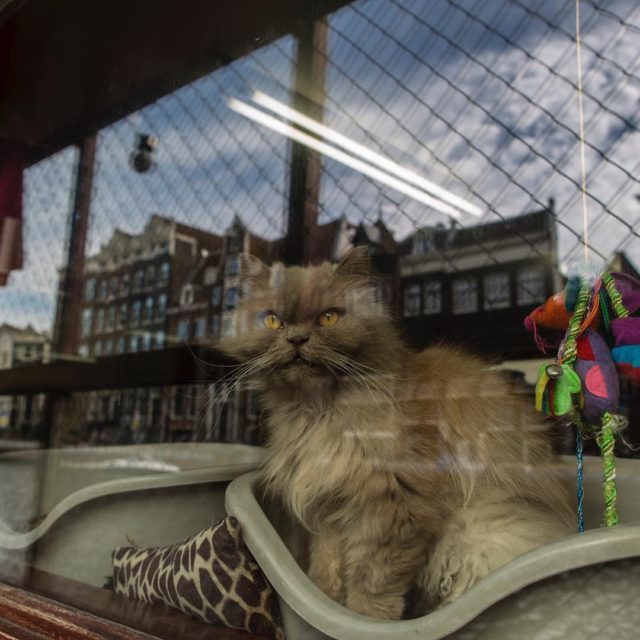 Founder Henriette van Weelde had the idea to give stray cats sanctuary and an amazing view when her house grew too full with rescue cats. Her efforts began when she found a family of homeless cats beneath a tree and then took them in. From there, more strays came to stay with her and she gained the nickname ‘Cat Lady.’ With the house overrun by cats, she wondered where to find more space.  She realized the answer floated just outside her window in the shape of a barge. 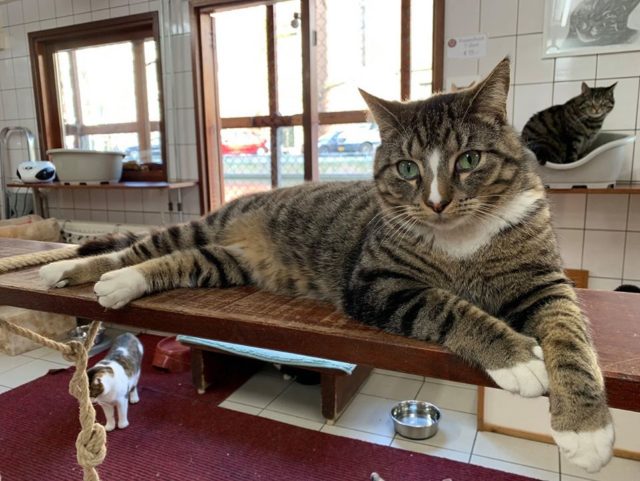 Then and Now, the Mission Remains the Same

Their mission was and forever remains to help cats wherever they can.

“Stray cats or cats that have been abandoned are lovingly cared for on the Poezenboot. We give them the necessary medical care and all our love and attention.”

They say the most important part of their work is connecting cats with “a warm, loving new home.” 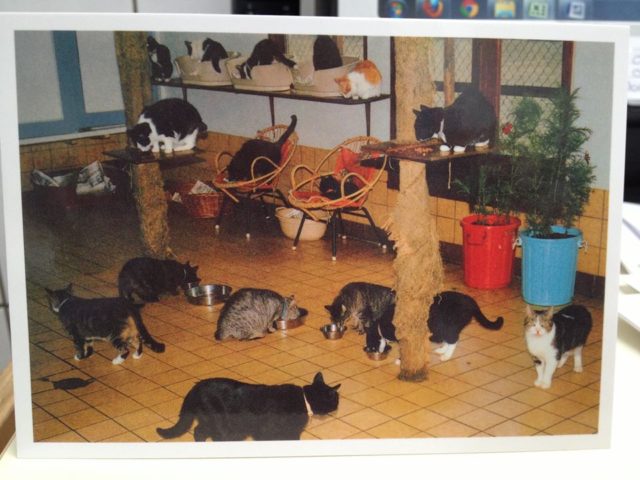 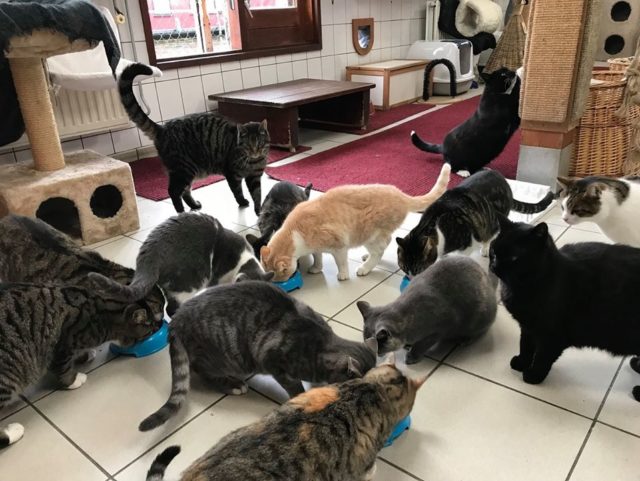 Through the years, the barge has undergone many renovations, growing and growing to house cats in need. Today, up to fifty cats at a time call the sanctuary home, and every year sees an average of 200 cats moving through The Catboat. Most cats rest their tails on the boat temporarily as the majority of them are up for adoption. A few of the kitties know the boat as their forever home, keeping to the waters as maritime cats. 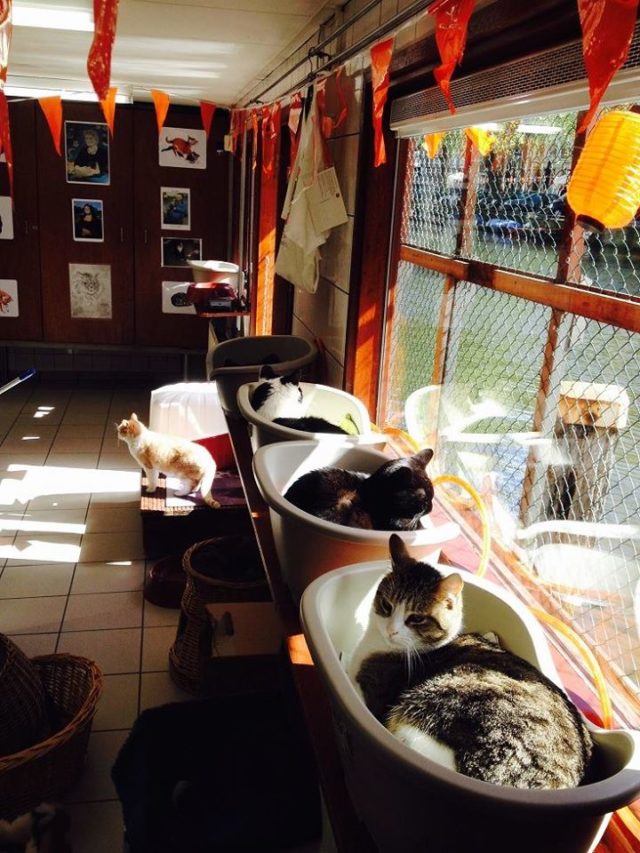 Though Henriette is gone to meet old friends across the Rainbow Bridge, the floating cat sanctuary continues on her work under the captaining of Judith Gobets. A lifelong cat lover, Gobets has been involved with De Poezenboot since her teen years, coming to volunteer and snuggle the sailing kitties.

Under her continued efforts as well as that of staff and volunteers, the cats on board know a life of leisure. With secured and caged perches stationed inside and out, cats can comfortably nap or watch the waterfowl drift up and down the canal. The food is plenty and the love is non-stop. 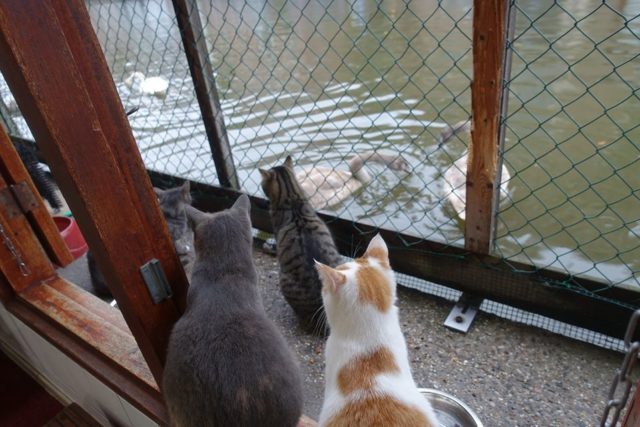 Meet the Cats Aboard De Poezenboot

For three hours a day, visitors can come take in the sights and visit with the cats. The short duration of open hours had been put into place as the cats’ needs are put before the will of human entertainment. The move to restrict hours came as social media increased awareness about the floating cat barge. Visitors used to be a rare thing, but now long lines form daily. Admission is free, but the cats ask for a donation to help keep things afloat. 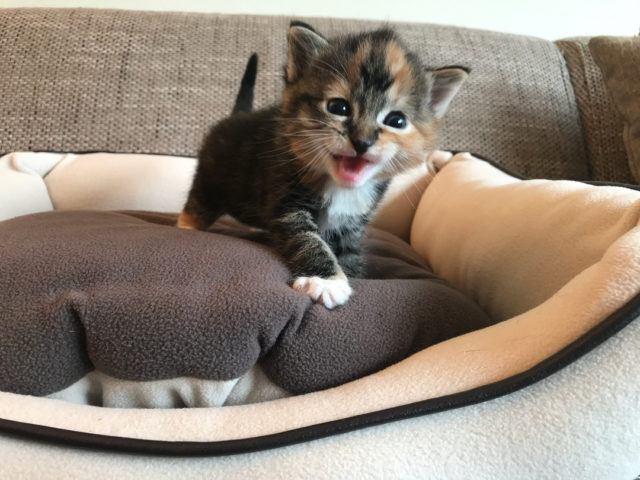 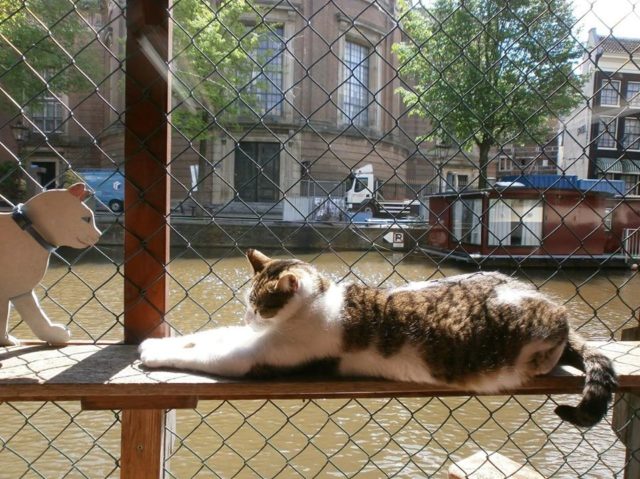 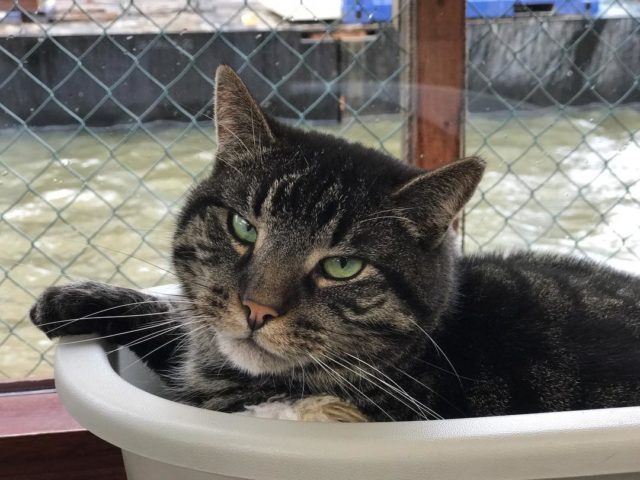 In the city of Amsterdam, there are sights aplenty, but De Poezenboot is a must for cat lovers.

The post Floating Cat Sanctuary Will Sail Away With Your Heart appeared first on iHeartCats.com.