Feral Cats In Shelters Are Getting Employed Instead Of Euthanized

Discover more about Feral Cats In Shelters Are Getting Employed Instead Of Euthanized. 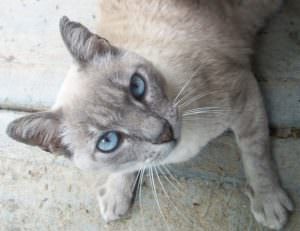 Animal shelters around the country have found a way to help reduce the number of feral cats that are euthanized every year. After being vaccinated and spayed or neutered, cats who are too wild to be adopted are given to businesses, warehouses, and farms to catch and deter rats and mice.

The cats don’t even need to catch any rodents to earn their keep. The presence of cats and their droppings is enough to keep rodents away since they don’t want to raise their young so close to predators who could easily catch and eat them.

Watch how feral cats have helped businesses in Manhattan:

While Trap Neuter Release (TNR) programs are already helping to make a difference in the number of cats being killed in shelters every year, sometimes it isn’t possible or practical to release cats back to the area in which they were picked up. That’s where adopting cats out as working cats can help fill in the gaps.

The program isn’t without its downsides. Feral cats can still kill and eat birds and other wildlife if they are kept outdoors. But some see it as a small price to pay to reduce the number of cats being sent to their death in overcrowded shelters.

According to the ASPCA, approximately 860,000 cats are euthanized every year. We’re glad some shelters are coming up with unique solutions to help save kitty lives!

The post Feral Cats In Shelters Are Getting Employed Instead Of Euthanized appeared first on iHeartCats.com.