Dear Pammy, I’m right because shut up that’s why

Discover more about Dear Pammy, I’m right because shut up that’s why.

Feel free to click on the link and read the whole comment, though I am going to quote all of it here as I explain where this person fails to use logic to support their Cat Skepticism. 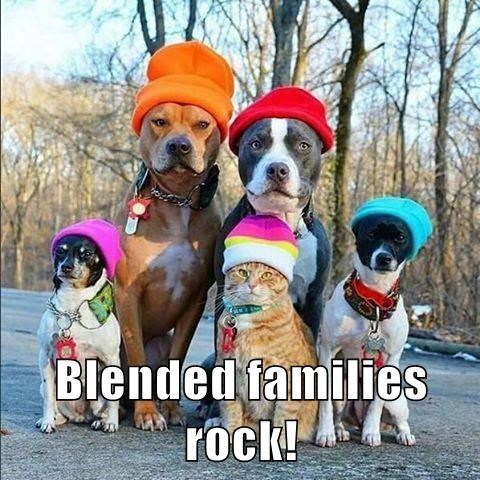 What makes this comment so dissectible is how it has so many misconceptions in it.

The “death stair” the commenter is referring to is the unblinking stare cats use to look at anything. We humans find it unnerving. But it simply reflects the cat’s low blink rate.

As I explain in What’s with the intent stare?, cats come from the desert, and their corneas are highly resistant to drying out. They can hold a gaze for far longer than we can. But that is all it means. It is far from a “death stare.” This is how a cat’s eyes work, that’s all.

Ironically, the commenter is using human interpretations of a cat’s actions to complain about them. This is a rampant attitude among Cat Skeptics; they will gladly give a cat human motivations and emotions if the result is a negative. Yet they will never use this same reasoning if it says something positive about a cat.

To Skeptics, cats only hate. They cannot love.

Yes I’ve learned things but cats are still loners who don’t want to be bothered…. It’s insane… cats are loners who want to be left alone until humans force them to join there family… cats are extremely selfish too…

This one is easy, because a previous post explains why science now realizes cats are communal beings. Which is something every Cat Appreciator knows.

But this is not something a person will observe unless they try, properly, to make friends with a cat. If they are cold or rude, the cat will avoid them. Then they say, “See! Cats don’t care about people.”

This isn’t true. Cats are often given the cold shoulder by Skeptics, and so they get one in return. To use a human analogy, if they were rude or aggressive with a person, they shouldn’t be surprised if they get a cold shoulder from the person. To claim that person “doesn’t like anyone” is ducking responsibility for the actions the Skeptic took, which gave them the feedback they do not like.

But to admit they triggered that response would put blame on the Skeptic; which is often something such a person has trouble with. They might have a hard time stepping outside themselves and seeing their actions from another point of view. If they have a hard time admitting a mistake, it will always be the other being’s fault.

I understand if someone doesn’t know how to extend friendship to cats, but these folks often don’t take instruction very well either. They will insist that treating the cat like a Labrador Retriever puppy (loud voices, wild gestures, forcible wrestling, and enthusiastic belly rubbing) means the cat is being a bad sport about getting affection from them.

For the record, I don’t like being greeted this way, either.

But wait. This cat is not like other cats.

our new cat is cool… he will lick me and sleep along my side and all the things you say he will do for affection…. but my observations are he’s actually one of the more affectionate cats which makes me feel lucky since we just got him at a shelter but still he’s selfish and just really wants to be left alone…

Hmmm. It’s not that the cat is enjoying affection when he receives affection. No matter what it looks like. Yet, this cat is also, somehow, different by being “more affectionate” than all those other cats.

This is known as “special pleading” in which an example which does not prove a person’s case is seen as an exception. We see this whenever a prejudiced person’s declaration about a group is easily contradicted by the people who do not fit the assertion. However, to the bigot, all these people are exceptions. That way, they can still hold onto their prejudice, and still feel logical.

Special pleading is a logical fallacy because “just being lucky” to get the rare affectionate cat does not even come close to proving that cats are not affectionate. Especially since there are so many Cat Appreciators who also got those rare cats.

I have four in a row! I’m heading for Vegas!

This is extremely common. The Cat Skeptic claims cats feel the way about humans than the skeptic feels about them. This is one of the earliest Freudian defense mechanisms; throwing an uncomfortable attitude away from themselves and onto someone else.

The rest of the family thinks he’s family. I wrote a whole blog post explaining why I think my cats are family. But this commenter declares that the cat only sees humans as food dispensers. Since the commenter can get along without the cat, they decide the cat would prefer to be “left alone,” too.

I am sure, if asked, the commenter would claim that their whole family is mistaken. Just as I am constantly told that I am imagining the affection I get from my cats. Or, if I do get some, it is because they only want food. If I point out that the cats have been recently fed, they still won’t see the affection as gratitude. It’s always something else.

So this commenter has the “rare” affectionate cat, the family regards the cat as family, but the commenter still feels the need to find a blog post that declares our cats are family, and disagree.

There’s a psychological word for that. Denial.

Shut up that’s why is a reason from The Simpsons.

Got here from a Link or Search?
There’s more ways to get our cat to be affectionate in The Way of Cats than the article you are reading now. See all of my CAT AFFECTION posts.