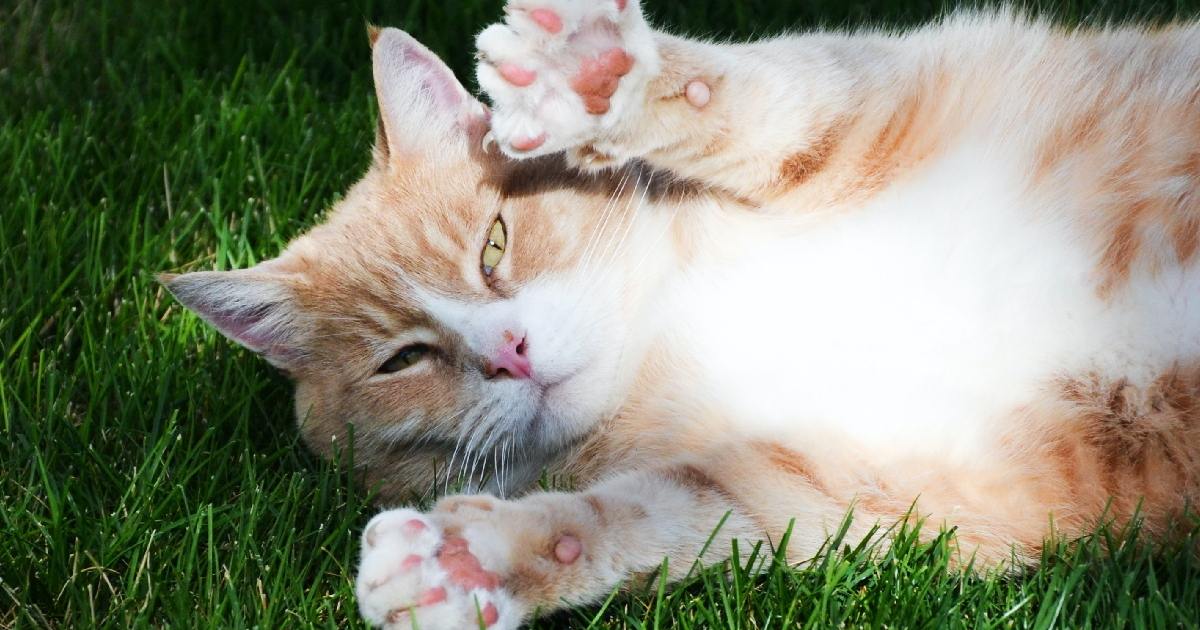 Cats are wondrous creatures, full of mystery and instinct, and as humans spend more and more time with felines, we learn new and amazing facts about cats all the time. While we may never unlock all their secrets, we’ve discovered how truly incredible cats can be. From the way they walk to the way they talk, there’s no doubt, cats are the best.

To learn more about your favorite animal, check out these 39 amazing facts about cats…

The Marvelous Miracle of the Cat Body

Feline bodies are a marvel. They can defy the laws of physics to occupy impossible spaces or run so fast, the eye can’t keep up. From eyes that see at night to whiskers that sense the world, here are some facts about the physicality of cats.

1. Like camels and giraffes, cats walk in what’s known as a pacing gait. This means the front and back legs on one side of a cat’s body move in unison, followed by the dual movement of the legs on the other side to complete the stride. 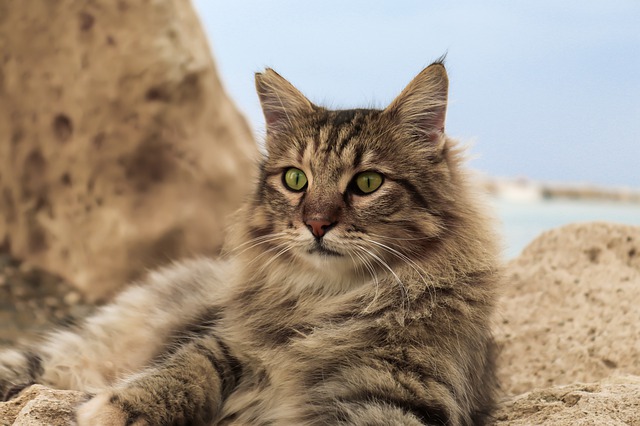 2. Cats can drink seawater. Feline kidneys have the ability to filter out much larger amounts of salt than human kidneys. Freshwater is certainly better for cats, but in a bind, cats can drink salty ocean water.

3. Cats can run at speeds of up to 30 mph. However, they can only maintain such speeds in short distances.

4. Whiskers sense changes in the air by using vibrations that tell them more about their surroundings and any threats that might be nearby.

6. Cats have approximately 230 – 244 bones, with 18 – 23 bones in the tail alone. The number of bones in the bodies of cats varies as cat bones can fuse together over time.

7. Adult cats can jump distances up to six times their body length, meaning they can cover approximately 5-6 feet in one leap, especially if they’ve got a running start. 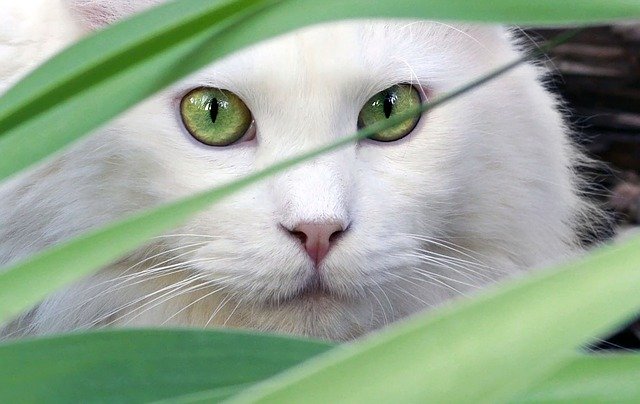 8. Cats have three eyelids. The third eyelid is known as the palpebra tertia or the nictitating membrane, or more simply the haw. It’s common in animals and helps to keep the lens surface clean and moist.

9. Like human fingerprints, a cat’s nose print will differ from cat to cat. Thanks to the bumps and ridges on the nose, feline nose pads are each unique.

10. Though they have sweat glands in other spots on their bodies, cats sweat through their paw pads.

12. Male cats are usually lefties while females tend to be right-pawed, according to a study published by Animal Behaviour. 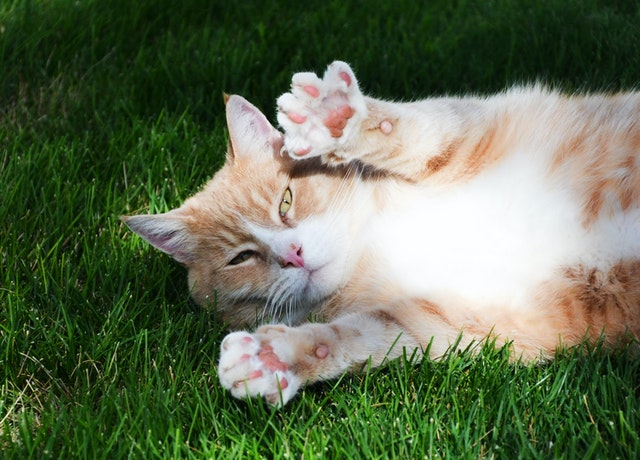 13. Cats have excellent night vision. Their elliptical-shaped pupils open wider than round ones, allowing for better night vision. Plus, the rods of the retina allow for light absorption and in the feline eye, there are more rods than cones, which means cat eyes were made to see in low light. And, you know the green flash you see in cat’s eyes? That’s thanks to a membrane called the tapetum lucidum. Its function is to reflect the light within a cat’s eyes for optimal vision.

14. The adorable plumes of wispy fur growing from the inside of a cat’s ears are known as ear furnishings.

15. On average, cats sleep 12 – 16 hours a day. This equates to cats sleeping for 2/3  of their lives. But Animal Planet points out, cat sleep is different than human sleep as felines remain far more alert to threats while they doze. 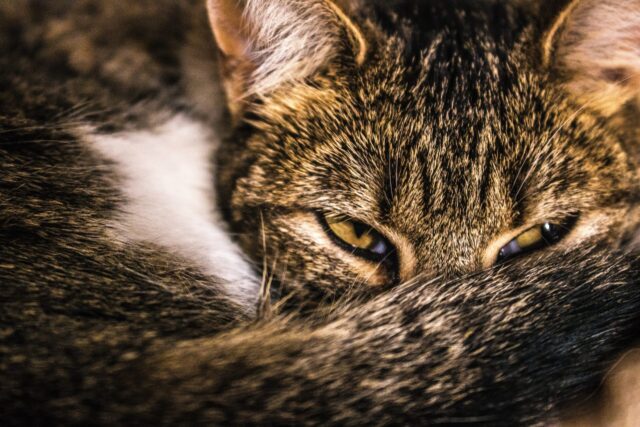 A Cat Mind is a Complex Place

Cats are certainly intelligent creatures and studies have proven the complex design of the cat’s brain. Enjoy these incredible facts about your cat’s brilliant mind.

18. Cats dream and, like us, science believes feline dreams consist of everyday events. When their paws twitch while fast asleep, cats might be dreaming about hunting a bird or even running for the food bowl when you fill it. 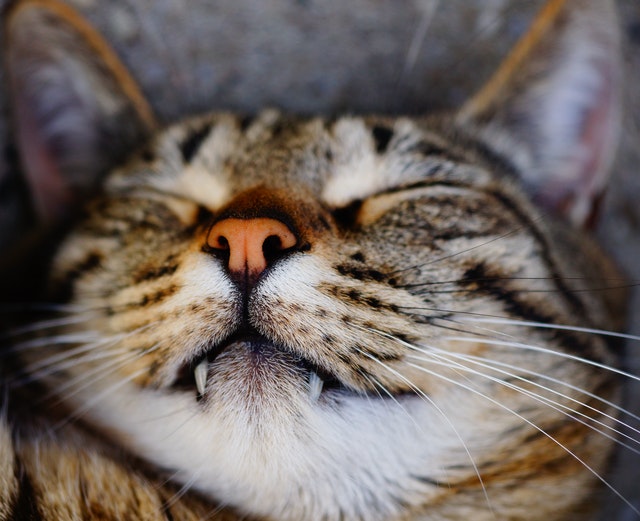 20. Cat and human brains are similar, sharing a 90% likeness factor thanks to surface folding and similar structure. Both cats and humans have gray and white matter as well as temporal, occipital, frontal and parietal lobes making up the cerebral cortex of the brain.

21. Cat brains measure approximately 2 inches in length and weigh roughly an ounce.  Though a cat’s brain is smaller percentage-wise than other animals’ body-to-brain ratio, the size is by no means an indicator of intelligence as cat brains are complex and multi-lobed.

22. Not all cats react to catnip. About 70-80% of cats will react when catnip enter their nose, “where it is believed to bind to protein receptors that stimulate sensory neurons”. This stimulated response is a result of oil in catnip called nepetalactone and a cat’s reaction to catnip is a hereditary thing. 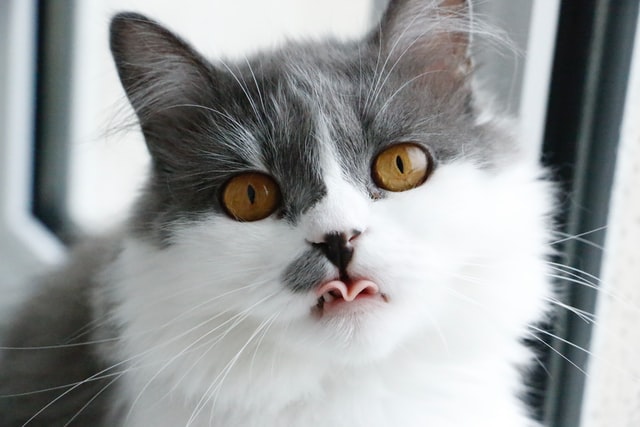 Here are a few terms that help further define cats!

23. While most think cats are nocturnal, they’re actually crepuscular, meaning they’re most active at dusk and dawn.

24. A group of kittens is called a kindle. 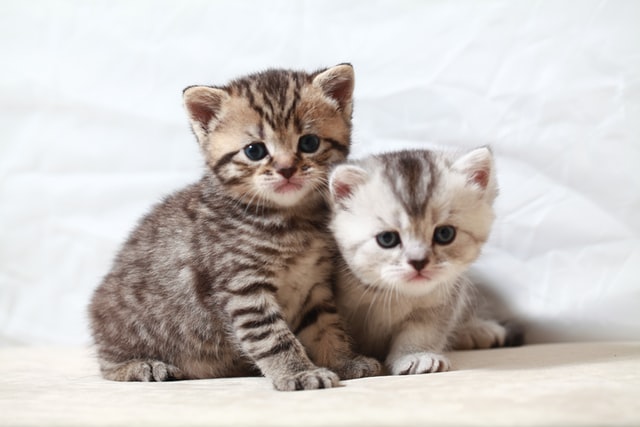 25. A group of cats is known as a glaring or clowder.

26. Intact male cats are called toms while neutered boys are gibs, females are known as queens or a Molly.

27. Hairballs are known scientifically as trichobezoars.

28. The Egyptian word for cat is mau.

29. A fancy term for a cat lover is ailurophile. 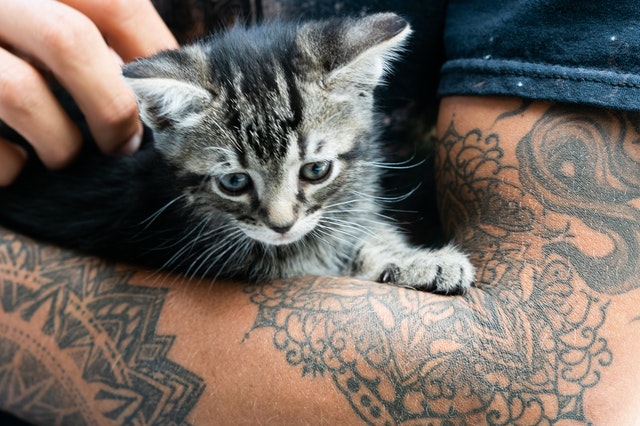 30. Adult cats don’t typically meow at each other, the meow is used to communicate with humans. Felines read body language and other small cues to chat with other kitties.

31. Cats give their humans kisses with long, slow blinks. When cats feel at ease in your presence, they’re not afraid to close their eyes. Closed eyes in the wild are a vulnerability, so if a cat feels comfy enough to give your those long blinks, feel honored, it’s her way of giving you a kiss.

32. Don’t be insulted when your cat sticks his butt in your face. A cat rump in the face is another sign of trust and could be viewed as a high-five or a hug. 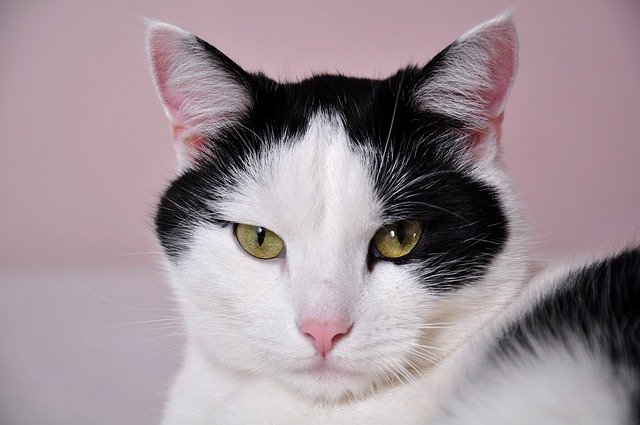 33. Being a cat parent reduces your risk of stroke and cardiovascular disease. Studies have proven those with companion cats are less likely to die from a heart attack or stroke. Cats have the ability to help us lower our stress levels, which goes a long way for heart health.

34. Not all cultures believe black cats to be bad luck. In Japan, black cats bring success in love and prosperity. Giving a black cat to an English bride will bring her good luck in marriage. 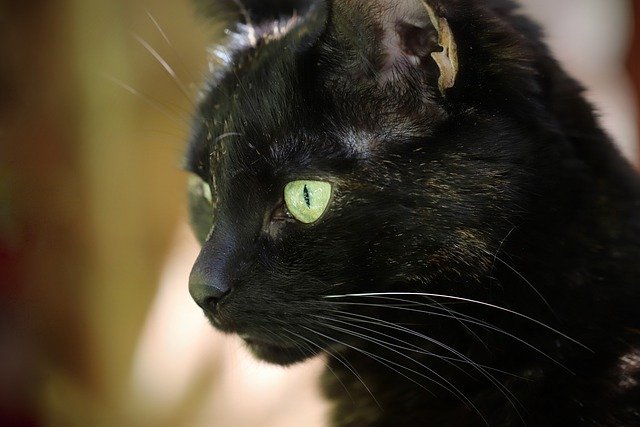 The Facts of Cats in History

We’ve loved cats for centuries upon centuries, ever since they allowed domestication to occur. Here are a few amazing facts about cats throughout history.

35. Cats have been friends to humans for more than 10,000 years. In Cyprus, an unearthed grave dating to 9500 B.C. revealed a human and a cat purposefully buried together.

36. It seems Isaac Newton may have invented the cat door. Apparently, when busy with work, Newton was often interrupted by his cat scratching at the door. With help from a carpenter and a saw, the cat door was born. 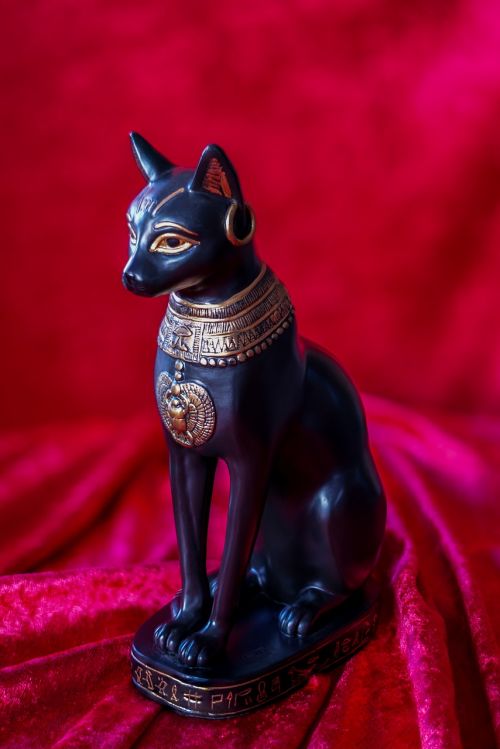 37. In a display of mourning, Ancient Egyptians shaved off their eyebrows when their cats died.

38. Ancient Rome viewed cats as symbols of liberty, honoring them with the phrase libertus sine labore, liberty without labor.

39. Our domesticated cats of today are believed to be the descendants of the Middle Eastern wildcat known as Felis silvestris, meaning “the cat of the woods”. These cats still roam the wild today. 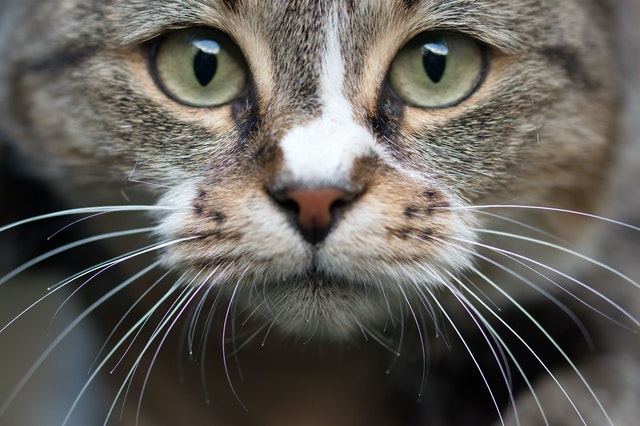 While we learn more about cats every day, they are still our little mysteries in the end. But hopefully, these amazing facts about cats will help shed some light on the riddle of cats.

The post 39 Amazing Facts About Cats appeared first on iHeartCats.com.