Breathing difficulties are both a symptom of and cause for distress, both in the respiratory system and throughout your cat’s body. As a life-giving system affecting the entire organism, changes… Read more »

The truth about catnapping

They do it so well, it was named for them. Cats catnap. Kittens are famous for playing until they drop. As they grow older, they become more aware of their sleep needs, and how to handle them. their batteries Cats tend to store their energies, working a cycle of all out effort and deep, often
+ Read More

By the 3rd day, the fire has grown to 12,000 acres, with last report at 5% containment. The sudden evacuation caused unusual and variable costs to the sanctuary.
Read more

Fans of Cats Who Like Ed Sheeran Have Prayers Answered

Announcing on his own Instagram page that has over 24 million followers, he may have given himself some fierce social media competition.
Read more

Kitten Rescued by an Unexpected Pair

“I set the camera down, hit record, reached its tail and just pulled it out,” Adam told his fellow reporter. “That was the first time since I had been there that you could actually see it.”
Read more

You Bought This Sweet Cat A Second Chance 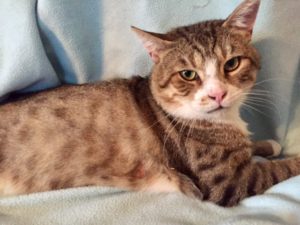 “JJ’s life before rescue was pretty lonely and not looking good. He was wandering near a couple of farms and had obviously been out for a while. What’s even sadder is that JJ was someone’s pet at one point which became evident as time went on. “A TNR group trapped JJ, and while at the vet he began to warm up to the staff. Top Dog Rescue took him into work on his socialization and evaluate some medical issues. Volunteers at the rescue found two spots where BB’s were in his skin, as well as a wound on his tail that was likely from a gun also. After trying various solutions to help his tail heal, it was determined that the wound in his tail necessitated the removal of the tail. The wound was also causing hair loss on the rest of JJ’s body. Luckily JJ had been trapped, and we could work to help him, but it’s really sad to think someone decided to shoot at JJ.

“JJ has not found his forever home, as his recovery is just getting to the point where he can be put up for adoption, but his life at the foster home is great. He spends a lot of time lounging on the top level of the cat tree or hanging out near his foster parents to get his tummy and ears scratched. He is so great with the other cats in his foster home and will make some lucky adopter a fantastic addition to their family. 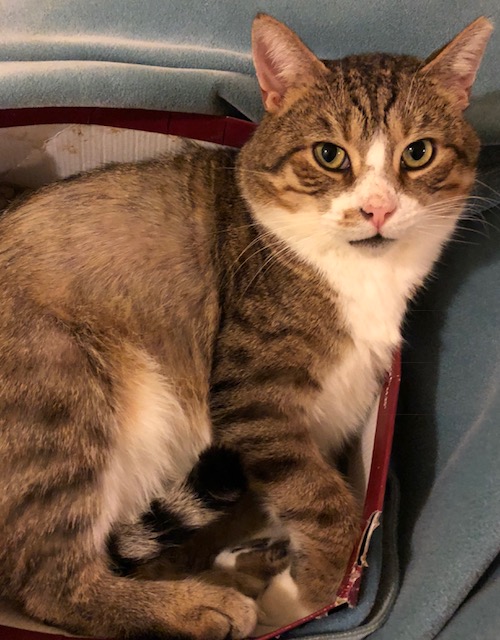 “GreaterGood.org’s Rescue Bank program makes it possible for our rescue to work on cases like JJ. Many of the pets we work with are not “quick adoptions,” and need time and extra vet care. The support from Rescue Bank allows us to help these unfortunate pets.”

When you make purchases from the iHeartCats store, you’re not just getting a cool gift for yourself or your dog. You’re filling bowls full of food and helping shelters make their funds go farther! You can feel good about treating yourself and your cat, because you’re treating shelter cats too!

The post You Bought This Sweet Cat A Second Chance appeared first on iHeartCats.com.

Husky is Both Heroine and Surrogate for Abandoned Kittens

“I’ve never met another dog like Banner. The kittens are really lucky. If she didn’t find them, there is no way they would have made it.”
Read more

When little things mean a lot

I have four cats. Doesn’t that mean I spend a lot of time fussing over them? Yes, and no. One of the things I love about cats is how we can do things together without much effort. match their energy Or course, we have two kittens, so play is important. Tristan is coming up on
+ Read More

CBD Oil for Cats and Dogs: Here’s What You Need To Know There’s a good chance you’ve heard about CBD oil for dogs and cats.

In natural health circles, the product has become one of the most popular go-to natural solutions for a wide-variety of ailments from anxiety to joint pain to nausea and digestion problems.

Our sister site iHeartDogs just published a detailed piece the benefits, dosages, science, and risks of CBD oil. While the article mostly focuses on dogs, cats also have the same endocannabinoid (ECS) system as dogs and humans, so many of the benefits may apply to our feline friends.

The article discusses a lot of the questions around legality and safety, and includes a buyer’s guide as well to help you choose a safe and effective product.

The post CBD Oil for Cats and Dogs: Here’s What You Need To Know appeared first on iHeartCats.com.