Did You Know These 5 Fun Facts About Kittens?

Five fun and interesting facts about kittens you may not have known!
Read more

4 Things You Should Know About Your Cat’s Tail 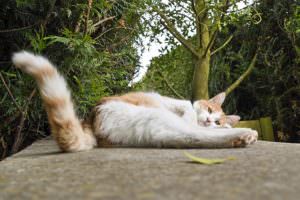 Do you take your cat’s tail (or even his lack of a tail) for granted? What do you think her tail is for? Simple, right? As it turns out, there may be more to your cat’s tail than meets the eye.

Never underestimate the complex miracle that your cat really is….from her head to her tail! 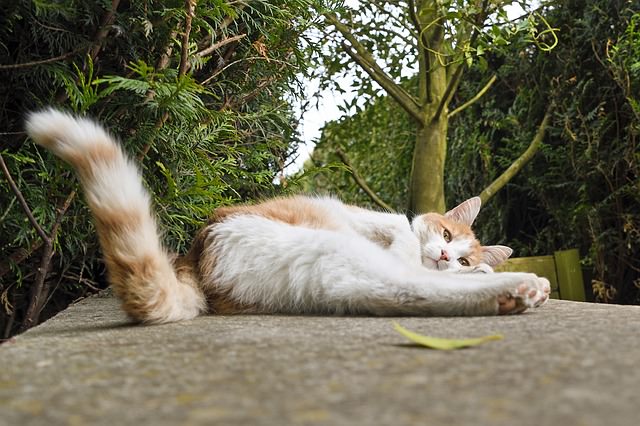 1. Tails are used as a communication tool

The position of the tail has meaning to other cats (and to us, if we are paying attention). Studies show that kittens and cats with a “tail up” posture are friendly and relaxed 1. Mother cats appear to signal to their kittens to follow them using their upright tails. Not only does tail position communicate things, but messages are sent with the movement as well.

A twitching tail has meaning. When cats twitch just the tips of their tails, it can mean that they are alert and aroused, and when cats are hunting, they can wave their tails methodically. Some people have hypothesized that the slow hypnotic tail movements when hunting are designed to mesmerize or distract prey. Cats thrash their tail firmly when they are feeling threatened, afraid, or aggressive.

Most cats have full-length tails, but certain cats, specifically Manx and Manx cross cats, have shorter tails or no tails at all. This trait is a genetic mutation that occurred naturally. The breed is said to have originated among the domestic cats on the Isle of Man in the Irish Sea. Because the mutation was a dominant gene, it spread across the island population more easily. Manx kittens (even in the same litter) can have varying lengths of tails. Some Manx cats experience health issues related to the tail abnormality.

Sometimes the tail can be literally flagging you down to notice an issue with your cat’s health. Certain disorders can show themselves through the tail.

Flea allergy dermatitis can cause skin irritation on and around the tail and rump. Skin infections from other causes can also affect the tail. Some hormonal disturbances can manifest in and around tail. Long tails seem more likely to be damaged in accidents and can incur injury. They can be caught in doors and easily traumatized.

Pay attention to your cat’s tail. If she is unable to move it, she’s dragging it on the ground, or you notice damage to the skin, be sure to ask your vet. Don’t delay because the tail has many nerve endings and issues with it are very painful.

4. Some cats don’t have tails

Cats born without tails never know what it’s like to have one. Their brains develop without the presence of the sensory input from the tail, but we know that the tail can serve a purpose in balance and psychological well-being.

Sometimes injury or illness can require tail amputation in cats, and they adjust very well. Of course, if your cat has one, she should keep it unless its removal is medically necessary.

Your veterinarian can help you determine what should be done about medical issues involving your cat’s tail, so be sure that you mention to him/her any concerns.

Do you love to learn about cats? Find me on Facebook where we posted fun animal stuff everyday! Click here.

The post 4 Things You Should Know About Your Cat’s Tail appeared first on iHeartCats.com – Because Every Cat Matters ™.

If you could train your cat to do a trick, what would it be? This cat knows a few.
Read more

What could be cuter than 3 week-old baby Roo drinking from a tiny bottle?
Read more

When a cat is really going after his toy, everything is funnier in slow motion.
Read more

It is an undisputed fact that cats are adorable. If you have a cat, you would always go an extra mile to give it the finest things in the world…. Read more »

The post Meet the Igloo cat litter box- Most innovative Litter box of 2017 appeared first on We’re all About the Cats.